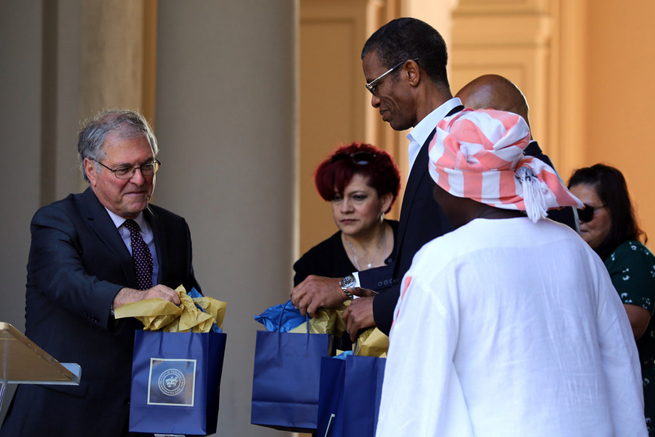 After a whirlwind week, the Mayor and a delegation from Pasadena’s newest and first African Sister City, Dakar-Plateau in Senegal, wind up their local tour with a Gala Farewell at Jackie Robinson Park Recreation Center.

The group arrived last Thursday, June 13. Since then, they have been treated to Gold Cip soccer in the Rose Bowl, tours of Caltech and JPL, a formal signing ceremony before the Pasadena City Council, and two community receptions, one in the courtyard of Pasadena City Hall and another at Alkebu-lan Cultural Center.

Dakar-Plateau is a district of about 34,000 people in the center of Senegal’s capital city of Dakar. The group is hosted by Pasadena City Councilmember John Kennedy. Kennedy and other members of the Sister Cities Committee, who previously visited Darak-Plateau last April.