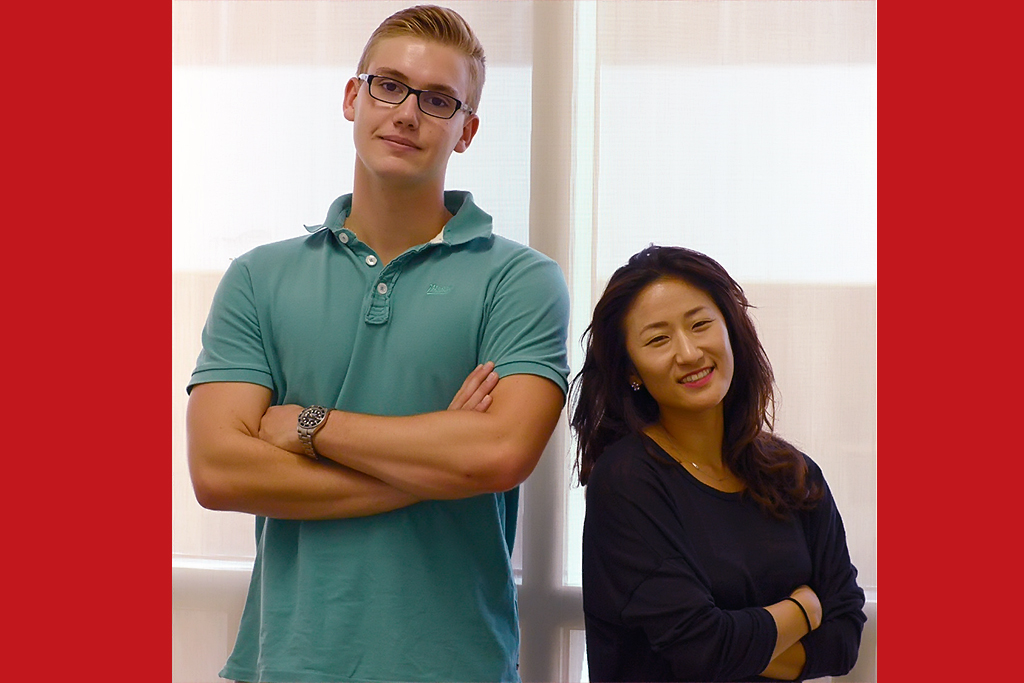 Article from the PCC Courier
September 14, 2016

After living together for a week in Germany, two students formed a bond like no other, rooted in history and sustained by the love of appreciating new cultures.

Jenny Chang of PCC’s Germania Culture Club and German citizen Victor Lauth are currently together in Pasadena for the next two weeks and after Chang got the opportunity to spend the summer in Germany, it’s Lauth’s turn to be a tourist in America thanks to a unique program.

Chang and Lauth were two of the few students this year who had the chance to be a part of the Pasadena Sister Cities Committee (PSCC) student exchange program. While Chang was staying in Ludwigshafen, Germany, partially living with Lauth and his family, Lauth was getting ready to make his way here to Pasadena.

For the six weeks that Chang was in Germany, she stayed with six different families and had the experience of working three different jobs teaching basic German in a refugee camp, helping out in a summer camp, and even working at an adult school.

A couple of strange differences that Chang noticed were that, surprisingly, there was no air conditioning or ice, things that Californians would be destroyed without. There also aren’t many places around Pasadena that one could walk into and order weisswurst or döner kebabs, unlike in Germany where they are everywhere you look.

Considering the hookah bars on every corner and the ability to drink and smoke wherever your heart desires, the night life in Germany is spectacular. Sparkling wine and wine with Coca-Cola should be enough to convince anybody to move to Germany. But if that isn’t enough, the city of Ludwigshafen has the constant aroma of chocolate due to the factory nearby, so you could live your Charlie Bucket fantasy.

One of her favorite places to visit was the famous Heidelberg castle which she went to three times during her six-week stay.

Lauth’s stay is a little over half done but he is loving it so far. Currently he is working with the Pasadena Fire Department and when he isn’t working, he is enjoying the variety of food, surfing, and exploring the city with the family he is staying with. Much like Chang, Lauth is also jumping from family to family every week. Typically working three days a week, he is at the station for 24 hour shifts.

“I do everything that they do,” Lauth said. “Every call I go with them, I help them. The last two shifts I [rode in the back of] the ambulance car, so basically I am like a normal paramedic.”

Ludwigshafen was Pasadena’s first sister city because of it’s destruction after WWII. Home to Germany’s largest chemical plant, the city was destined for disaster which drove out 80 percent of its residents. In 1948 Pasadena sent care packages to Ludwigshafen citizens to aid them after the loss of their city and a friendship was born.

It wasn’t until 1956 that President Eisenhower brought up the idea of sister cities, American cities and cities of other countries forming a bond of peace and friendship, that the relationship was official. The relationship between the two was among the first of many to blossom from Eisenhower’s idea.

That bond of friendship across the globe continues today through Lauth and Chang, and will survive into the future thanks to the Germania Culture Club and PSSC.